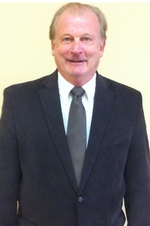 Paul Sadows, May 2014
Paul Sadows, the newest board member, was appointed last April to fill a vacancy.  Paul was born in Detroit, received a BA from Michigan State, and served in Viet Nam.  He is now retired from Sadows Auction Galleries in Clarkston, MI which he owned and operated for over 30 years.  In 1986 Paul purchased a summer home on Platte Lake in Benzonia Township.  After extensive renovation this became the Sadows’ year-round home in 2009.   An active member on the boards of both the Benzie County MSU Alumni Club and the Honor Area Restoration Project (HARP), Paul is also the Ordinance Enforcement Officer for the Village of Honor.

In the short time Paul has been on the library board, he has been a strong supporter of the library’s place in the community and its renovation efforts.  His enthusiasm and energy seem to be boundless!